Stoke Road can be a busy road at peak times and is closely connected to the A3 slip road for London and the South East as well as the direct connecting route to the nearby town of Woking.

The setup involved measuring the air pollution at a height of approximately 1.5meters above the pavement, a comparable height for pedestrians breathing in roadside air. Thus the need to brush off some old woodwork skills and create a container and support platform for our units. Why measure pollution on Stoke Road? There is a children’s playground right next to Stoke Road, so monitoring pollution levels there is of real interest and also the University has a co-located air pollution measurement station, using sensors from the iSCAPE project. With the support from the Guildford Borough Council, this site is being continuously used by GCARE team as a part of their iSCAPE’s Guildford Living Lab activities.

Now whilst we are designing the Pollution Guardian for measurements in the car, it was of some interest to us to obtain an early view of how our own “CP1” version prototypes performed compared to the specialised air pollution equipment made by GRIMM and more expensive particulate material testers such as Dylos devices. 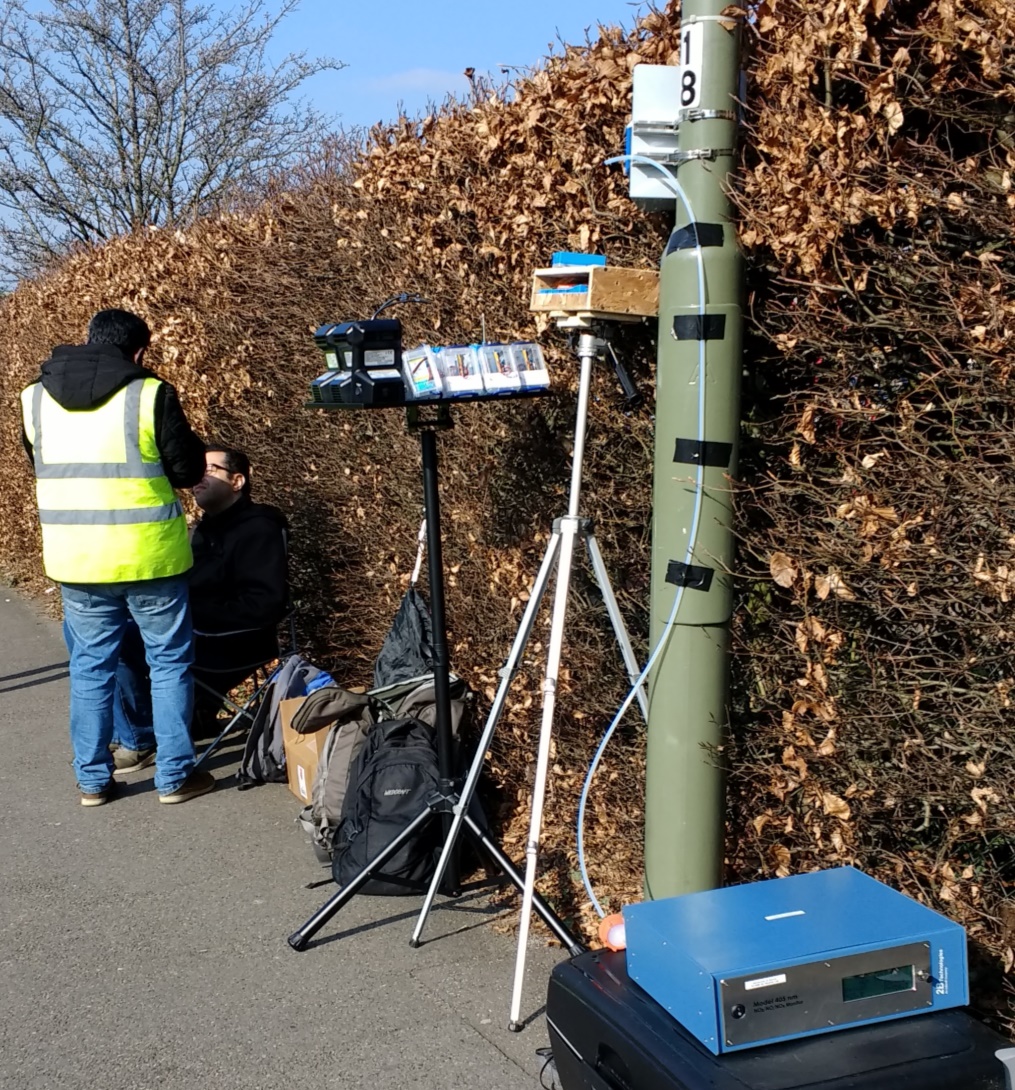 What were the learnings?

However, NO2 pollutant gas measurement is difficult in the field:

So, whilst the reasons for lower correlation on NO2 gas readings were not yet clear, this was something we were obviously keen to explore in the planned lab testing with the University of Surrey’s GCARE Air Quality Lab where we would have better control over the environmental conditions.