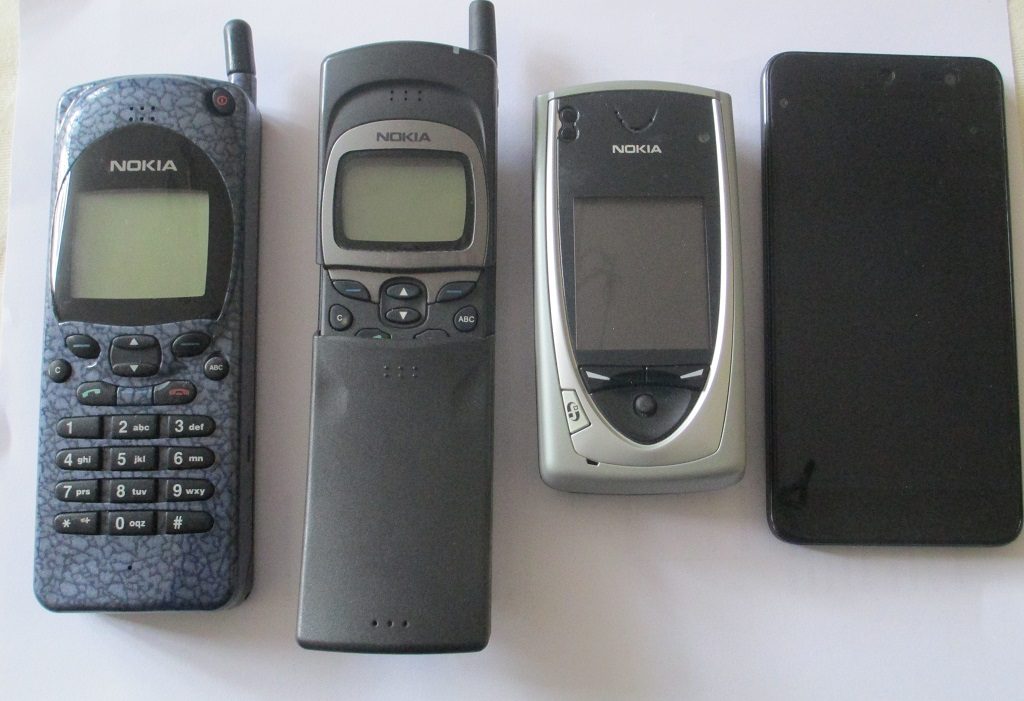 For ten years now the mobile phone business has been dominated by similar looking device offerings with large touch screens and similar user experiences centred on a responsive touch interface; is this going to continue, how is the market going to evolve?

Competition as a supplier in the mobile phone business is not straightforward -the rules of the game change from time to time. The mobile phone industry has seen a number of such change cycles since the establishment of the first digital mobile phones around 1990, with different players exiting and entering the market according to their ability to compete profitably within the cycle. During each cycle, different business factors become critical within the different phases:

The impact on a supplier’s product portfolio through the change cycle is a gradual increase in the in the lifecycle of individual products, which leads in turn to a widening of the number of products offered and ultimately to a much more consumer segmented product offer.

The first change period in the digital era was purely the ability to produce a digital mobile phone at all – leading to the development of proprietary chipsets and software. The first digital products were too large and battery life was terrible, so the following consolidation phase was one of miniaturisation and power optimisation over a period in excess of five years. As the technology reached a point where acceptable size and power consumption was available there followed a plateau period for roughly 3 years when branding, segmentation and physical cosmetics was to the fore.

The next change period came in 2002 with the advent of camera phones and programmable operating systems in GSM world markets. This heralded a period of multimedia convergence in the mobile devices as music players, video players appeared alongside the ever-present camera. A further complexity was incorporated over the following 2 years as 3G WCDMA became established as a fundamental requirement of a multimedia device. It can be argued that this change cycle was still in its consolidation period when it was disrupted by the next change period in 2007 when the Apple iPhone brought fundamental innovation in the user interface and later in the software application model. For a short period of less than two years products from both cycles were active and successful in the market – it should be noted that always after a change event there is a similar period, but the Apple iPhone product paradigm became the clear winner.

Since 2008 there has been a consolidation period in what became the smartphone space with ever better cameras, better quality displays and improved computing performance to deliver a high quality experience. Today the consolidation is reaching a point where the experience difference between high end smartphones and low cost smartphones has never been smaller. The smartphone based on the iPhone of 2007 has made it through its period of consolidation without being fundamentally disrupted.

So today, the smartphone business is in a plateau period- with supplier profitability tied closely to branding and logistical excellence fighting against the gravitational pull of commoditisation.

By retaining its own proprietary platform Apple has maintained differentiation while the rest of the market shares the Android platform and has therefore experienced greater pressures. Since the chipset business in the Android space has also been horizontalised- there is pressure from Qualcomm, Samsung and the like to adopt the very latest generations of their chipsets, however these are not delivering the big improvements in user experience seen in earlier years. Product differentiation is increasingly hard and the mode of the business is moving much more to a fast moving consumer goods model – as it did in the 1998-2002 period. The greater challenge now is that the smartphone form factor does not lend itself to easy cosmetic differentiation since the front face is over 90% glass.

So unless some breakthrough innovation is made, the winners in the smartphone market will be those who possess a good brand and marketing with the operational excellence necessary to deliver really good value to the end user.